In conjunction of LBT's monthly challenge - theme: Indonesian baked delicacies, I made this long time never eat, almost forgotten typical snack originally from Semarang - the city where I was born, located at Central Java
I honestly have no idea when the last time I had these yummy snack that I couldn't stop eating them!
As I am writing this post, I still taste them in my mouth *salive drop* :P

Surprisingly easy to make, I modified them into 3 different flavour - original, chocolate and pandan
The first two is available in the stores back in Indonesia, but not the latter one
For me, it's a tough choice to make - I love all three!
If thinking about originality, of course original is the first choice, but at the same time chocolate and pandan are the two can't be left behind - as you all know I love chocolate and I'm too really into snack with pandan taste :)

Each bite gives you soft,a little chewy texture, sweet and burst with coconut taste
It's heaven - especially for me, it's like a road to my hometown in imagination :) 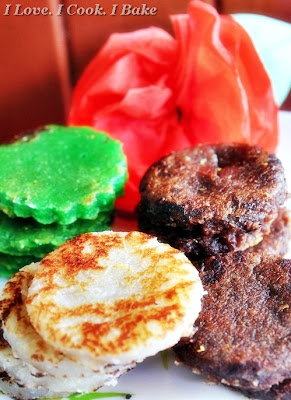 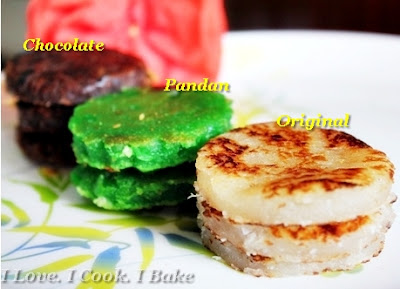 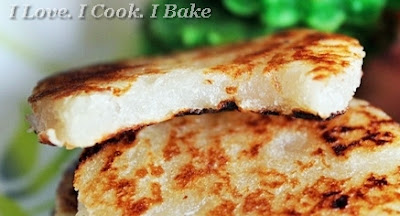 Mix glutinuous rice flour with sugar, grated coconut, vanillin powder and salt in a bowl - mix well
Pour bit by bit gradually hot coconut milk while stirring continuously with wooden spoon til mixed well
Divide into 3, one for original - no need to add anything, one for pandan - add pandan paste, mix well, one for chocolate - add cocoa powder and chocolate paste, mix well

There are 2 ways of baking:

First:
Using a special mould that can be used on fire - picture below (I picked one picture from googling, too lazy to take picture on my own's) 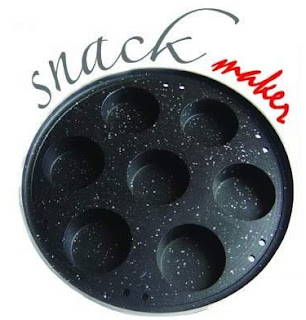 Pour batter (half full) on each hole which already brushed with the oil+yolk mixture, cook til golden brown, turn and cook the other side til brownish
(for chocolate, it's a little more difficult to judge - just make sure it's not wet, it's an indication that it's cooked)

Second:
Using oven - preheated at 180degC, using cupcake mould (pour batter half full), bake for 15minutes, take out and brush the top with oil+yolk mixture, bake for another 5 minutes

I personally love the first way - I guess it's the closest way to the original way of cooking - on charcoal! :)
Using oven gives a drier result - not really my kind - but it's more convenient :)