I seldom to find anybody says no to banana muffin, even at the simplest form
I will definitely say yes! Especially when it's less guilty!
These muffins use healthier ingredients yet not compromising on the texture and taste. Yum! 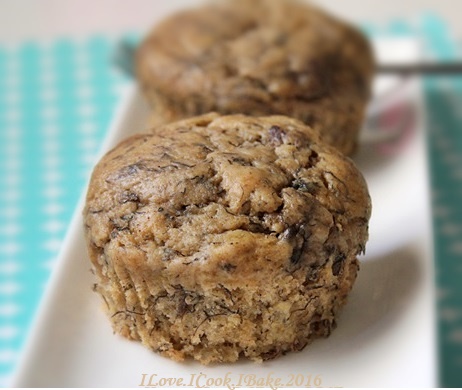 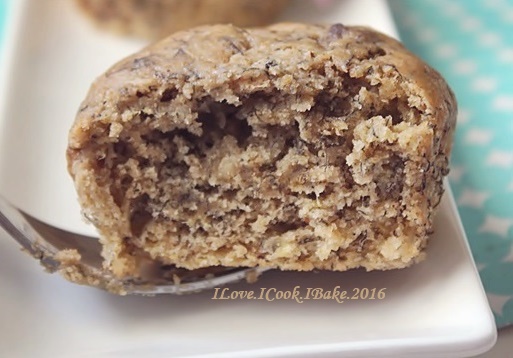 Recipe is from Two Peas & Their Pod 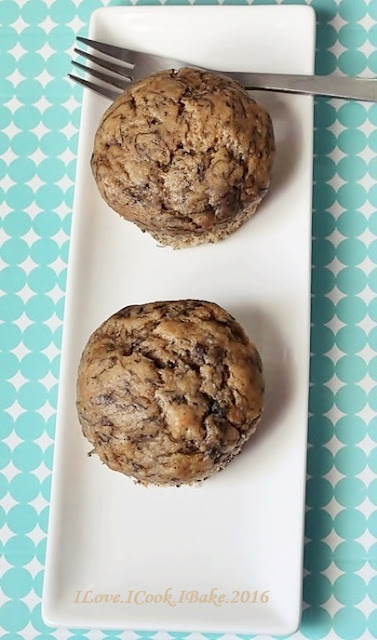 Posted by Alice at 7:41 PM No comments: Links to this post

Originated from Netherlands, this well known Dutch spice bread/cake, with rye as one of the main ingredients and uses many kind of spices, mainly cinnamon, nutmeg, and cloves. It's known that it's a breakfast menu and people have it with a spread of butter. It's stated too that different parts of Netherlands have their own version
Being under Dutch for the longest time, this treat is quite popular in Indonesia
I have never tried the original version from Netherlands, but back in Indonesia, what mostly sold is the moist sponge cake type with the usage of butter nowadays. During my parent's generation and older, the recipe is not using butter, hence the drier texture, even though it's still soft

This cake brings memories about my mom, as this is one of her favorite. She always baked this cake from time to time. I myself like it but never made an attempt to bake it myself. What I remember is her version is using butter resulting in soft spongy cake

I was browsing through many recipes and I was overwhelmed with so many different kinds I didn't know which one to choose. Some use rye flour, some don't. Some use honey, molasses, oil, milk, etc etc

Since this is my first trial, I decided to try the first recipe I found, which is the Indonesian version, the older time recipe with no butter (well, the truth is, I had no butter in the fridge on the day I baked this cake, hence the choice of recipe haha..)
Very easy and fast to prepare, but true enough, as expected, the cake is rather dry, but still soft, and it's pretty tall. Taste delicious and really fragrant. I still enjoy having it with a cup of tea and it turned slightly more moist the next day 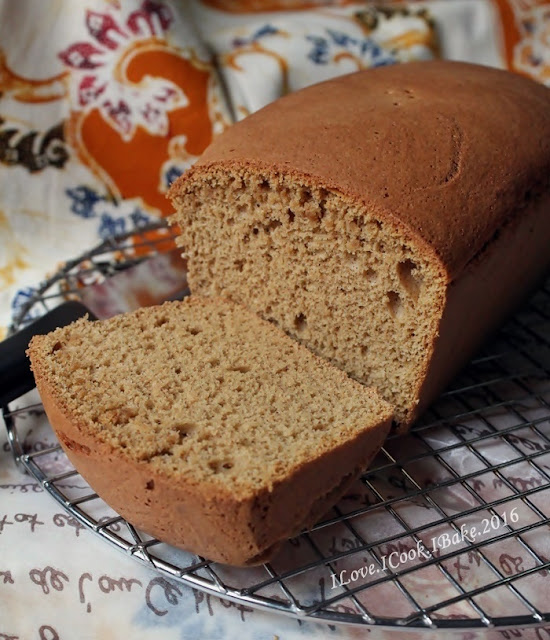 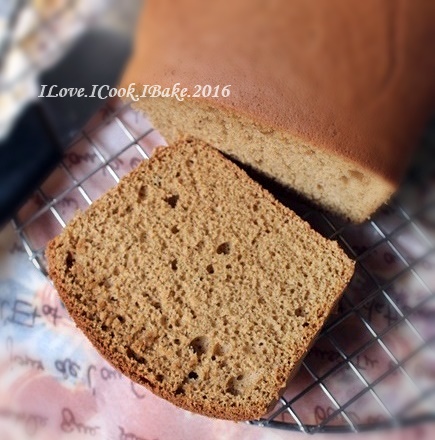 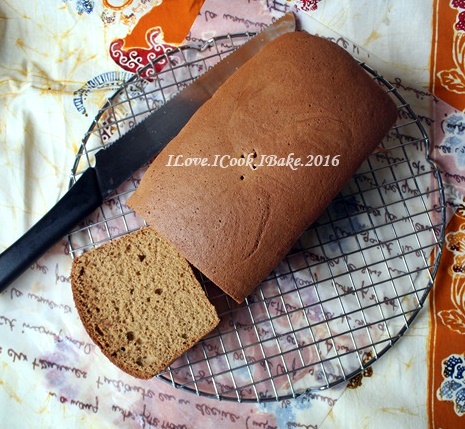 After sorting out, I have two more versions of recipe waiting to try out. One is the Indonesian version with butter, and the other one is the one using rye flour, supposedly to be the original kind since I found it in one of Dutch food blog LOL
When I have the craving for this cake, I will give them a try and will let you know which one is my favorite :)
Posted by Alice at 7:18 PM No comments: Links to this post

Choipan, or some call it Chaipau, or Chaikue, is one famous Indonesian snack which is similar to soon kueh here in Singapore
The difference is more to the dipping sauce used. Choipan used chili vinaigrette sauce while we eat soon kueh with either or both of dark soya sauce and chili sauce
Been awhile since the last time I had choipan. So good I had the chance to make it myself :)

Must still practice more to get thinner skin. Mine is still too thick, even though it's yummy! LOL 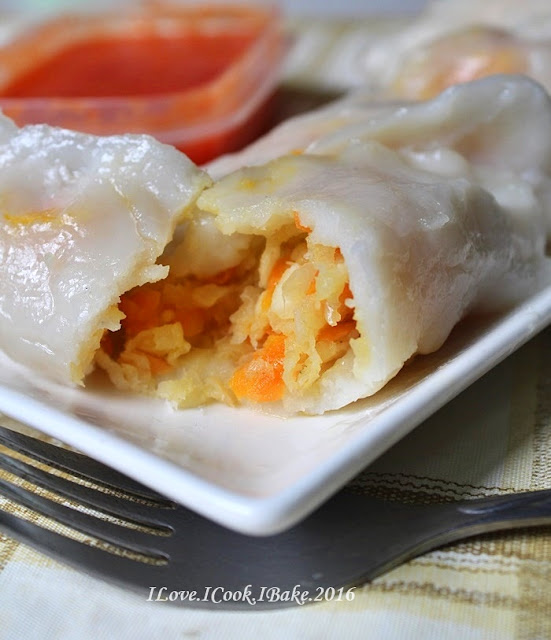 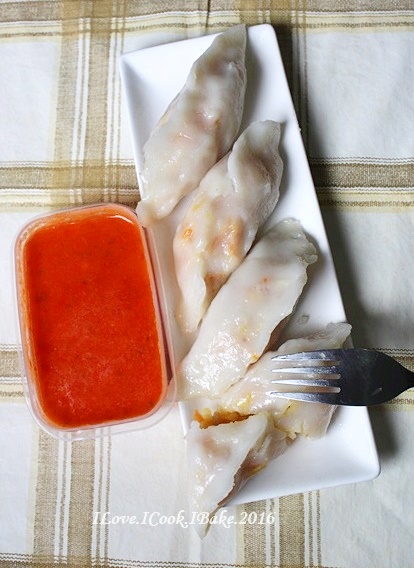 Recipe is from IG eliz_willyam
What you need:
For the skin:
100g rice flour
5g tapioca starch
225g water
1.5 tbsp vegetable oil
about 1/2 tsp salt
For the filling:
1/2 large turnip, peeled and coarsely grated into long thin stripes
1 big carrot, peeled and coarsely grated into long thin stripes
1 big handful of dried shrimp, soak in hot water, rinse when it's soften and mince finely
3 cloves of garlic, finely minced
salt, pepper, sugar cooking oil
For the chili vinaigrette dipping sauce:
3 large red chilies. deseed and cut (or you may used red bird's eye chilies to make it spicier)
1 large clove of garlic
white vinegar, salt, sugar
cooled boiled water
Method:
For the skin:
For the filling:
For the sauce:
To assemble:
Take the skin dough that has been shaped into balls. Make a dent at the center and spoon filling (about 1tbsp). Seal while at the same time shaping it into half circle
Another way is you may flatten the ball and place the filling at one side of the circle. Fold the other side of the circle over the filling and seal
To steam:
Place the shaped choipan on a stainless steel plate with a banana leaf on it. Sprinkle with some cooking oil and steam in a preheated steamer for about 15 to 20 mins
Serve with the dipping sauce
Yum! 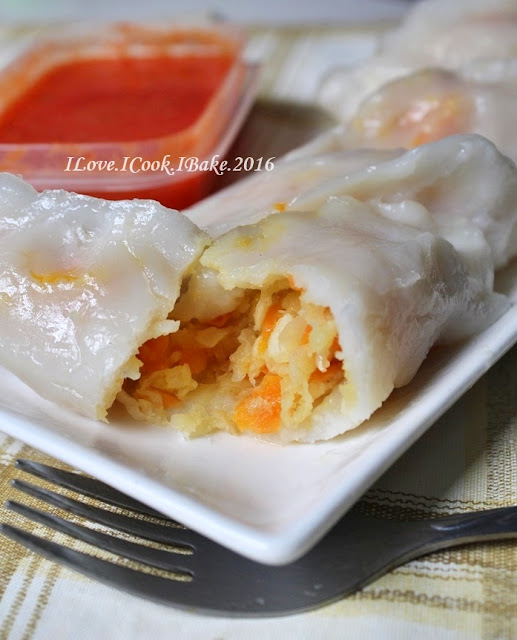 Posted by Alice at 12:33 PM No comments: Links to this post

Fish is one dish that best served simple. Like this one. Easy and simple. Satisfying and yummy :)
I had this fish with light soya sauce mixed with cut chili padi as a dip (not in the picture) 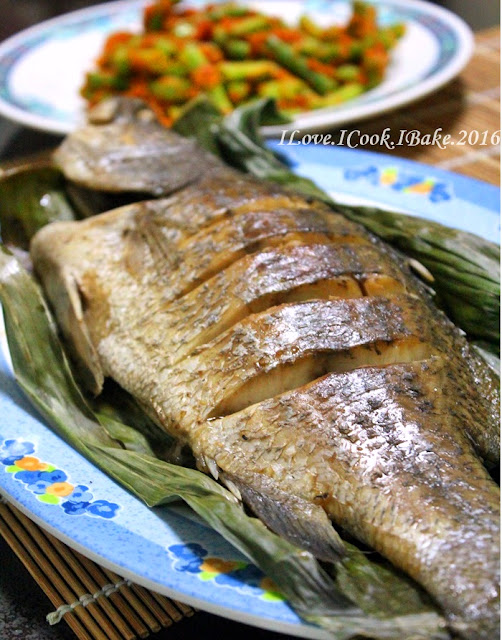 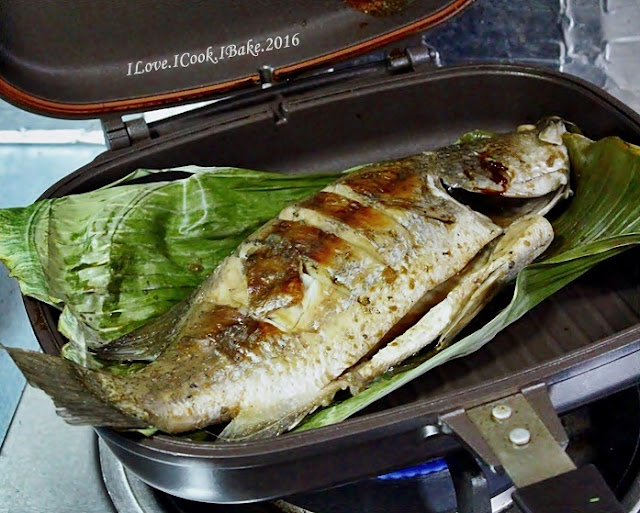 Side dish is sambal long beans. I find they compliment each other really well :) 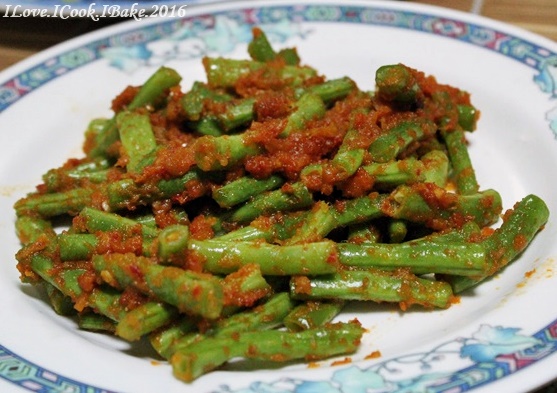 I cooked this dish simply by sautéing garlic and mixed in my Indonesian white condiment paste and some deseeded and coarsely blended large red chilies. Stir til fragrant and add in cut long beans and a little bit of water. Cook til long beans softened. So simple :)

Posted by Alice at 7:56 PM No comments: Links to this post

This is one Indonesian rice dish that's pretty popular too
I have ever posted a similar rice dish with the same name, you may view it HERE, but that was from Central Java whereas this is from West Java

This version from West Java is basically much simpler than what I cooked previously, and it's even simpler as I cooked the rice cooker version
Delicious and tasty rice, my family loves it. It goes well with any side dish, most commonly is fried chicken. This time I didn't want to complicate things, I paired up the rice with all simple side dishes :) 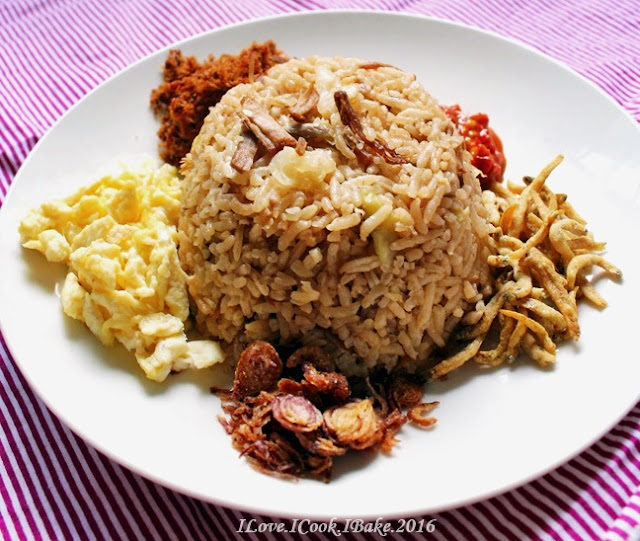 Posted by Alice at 4:35 PM No comments: Links to this post