Pudding is one easy dessert to make liked by all, especially with kids
But for this pudding with a twist, it's different story. Not the most difficult challenge I ever encountered, but it's can be quite tricky too, more steps to do and timing is crucial here
A challenge by IG baking group homemadelovers, this pudding is nice and refreshing, you can choose any flavour you prefer
For me, I used chocolate and yuzu. Not common combination, but it actually worked :) 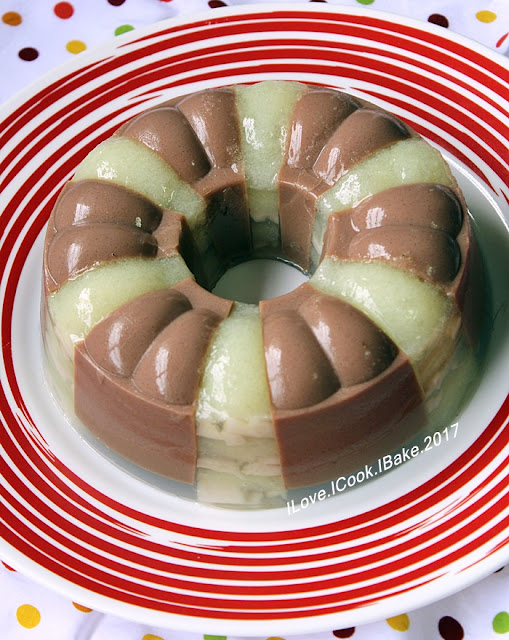 To make this pudding, you need to have 2 similar moulds, and then the first thing to do was to make  the "coconut" for the filling in the yuzu pudding. Followed by making both chocolate and yuzu pudding

What you need:
(with modification)

To make layered yuzu pudding
(done in 2 separate pots together) 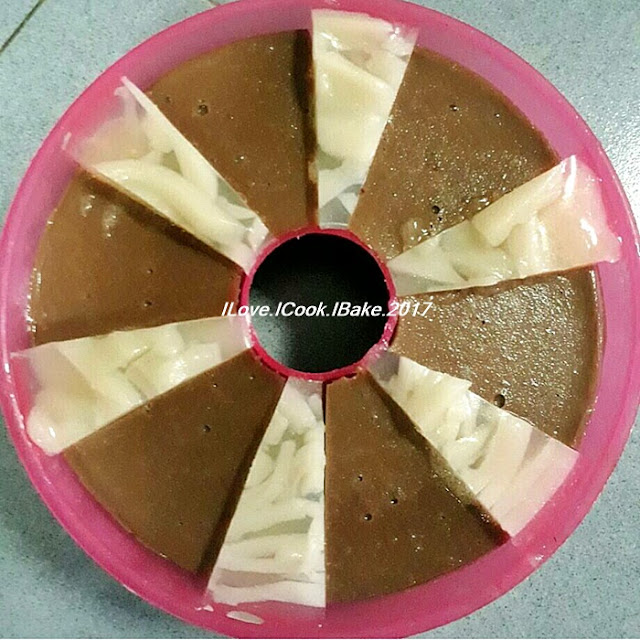 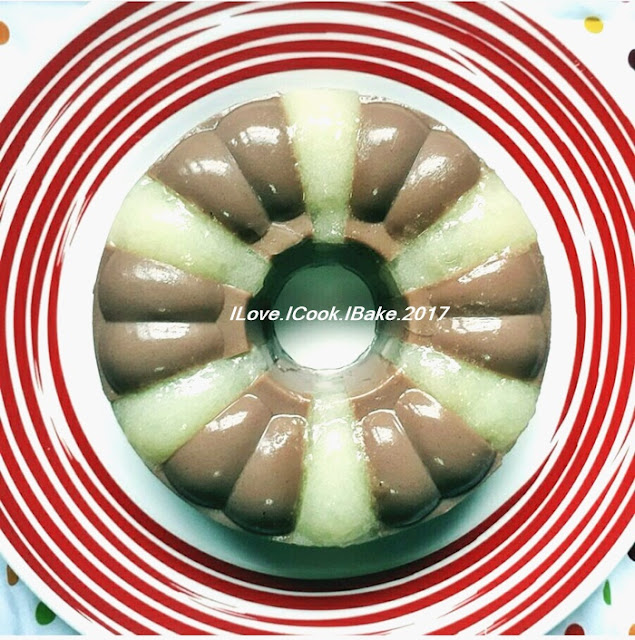 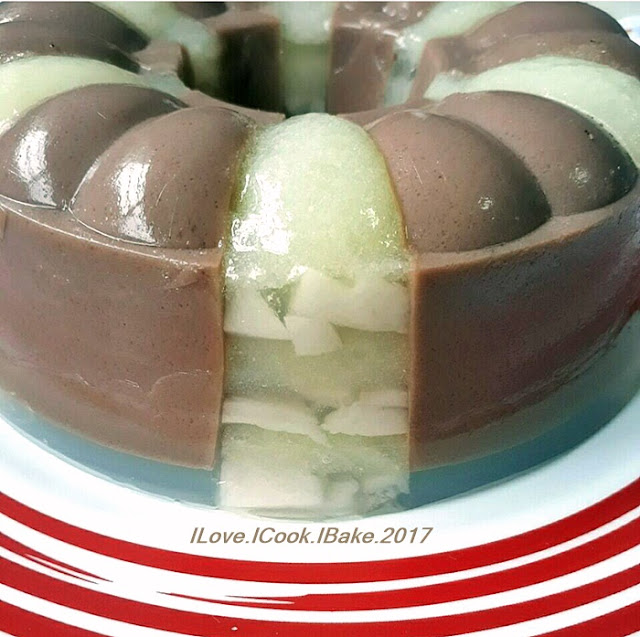 This is not only pleasant to the eyes, it's yummy too :) 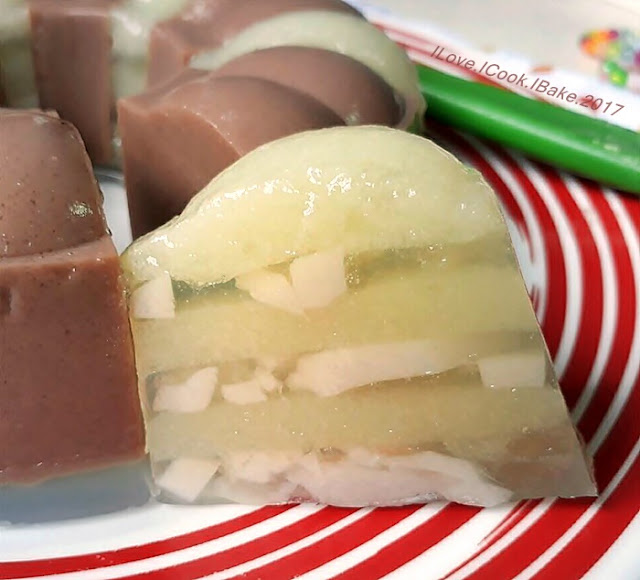 The modification I did, besides the flavour I chose, it's also the amount of jelly and agar agar powder used to suit my liking (I do not like it to be too firm)
As a result, it's more challenging to assemble as it's softer than it should be
Tough, but no regret :)
Will I make this kind of pudding again? Maybe. When I have the mood and the time :)

Another challenging homework to do for IG baking group homemadelovers. Having tried a few times with no luck in getting the browned outer skin for the roll, I was so happy that finally I got it :) 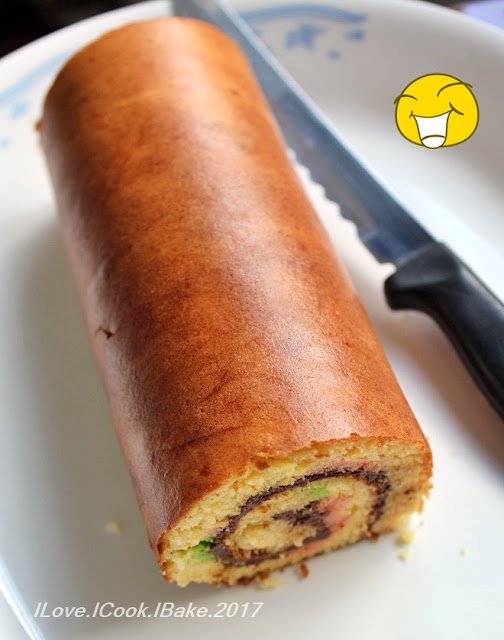 This roll cake is called mosaic as it typically has colors in it, a combination of a few giving a nice shades as what we usually find in mosaic arts. This is something I still have to work on, my colors were barely visible LOL
As of the taste and texture, I cannot complain. It's soft, spongy and yummy. A great recipe I must say 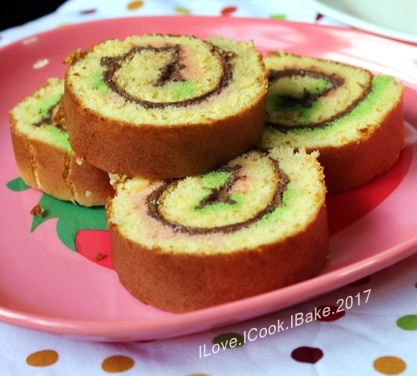 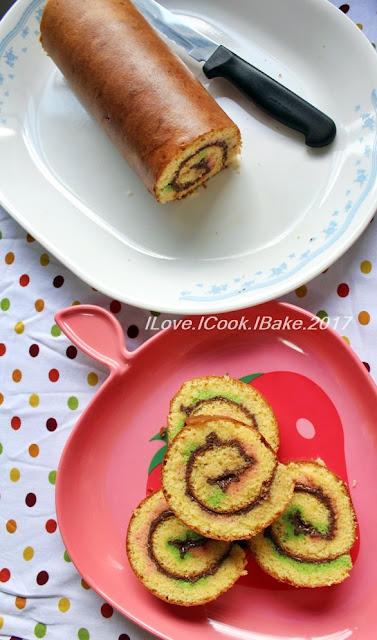 I was so happy looking at the browned skin :)
This was the impatient me cutting the cake right after done with the rolling. Such a messy cut LOL 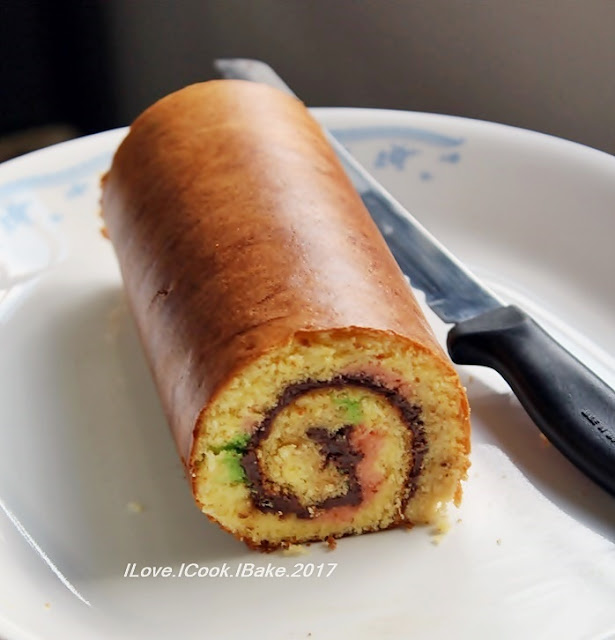 Neater cut after kept in the fridge for an hour
This cake is soft  and yummy. Another swiss roll recipe I will keep :)
Need to work on those colors! I want something more visible than this haha.. 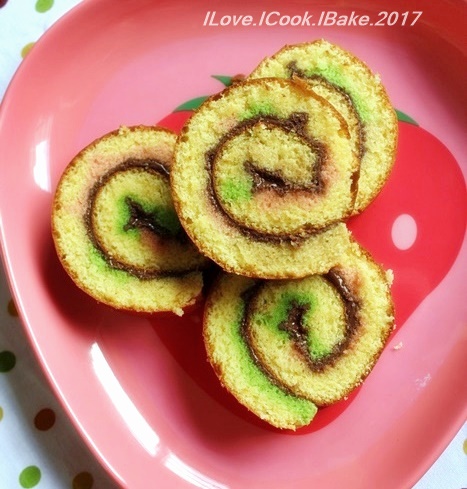