Last time there's this Thai food stall in now renovated Takashimaya food court where they sold delicious Thai food. The name is Tuk Tuk. One of the dish I frequently ordered from them was seafood fried kwayteow. So good! Too bad I didn't see them around anymore
After they went missing from Takashimaya food court, I saw they opened a small eatery in Suntec City. Got the chance to eat there once. But now they're gone, also
Still can't locate them til now. Such a waste. Perhaps anyone in Singapore know?

In the meantime, let's make my own Thai fried kwayteow. But I used chicken instead of seafood :)
It's simple to prepare and most importantly, taste delicious. Comparable to the Tuk Tuk version :)
One thing was, I guess I stirred too much most of the noodles broke into small pieces :( 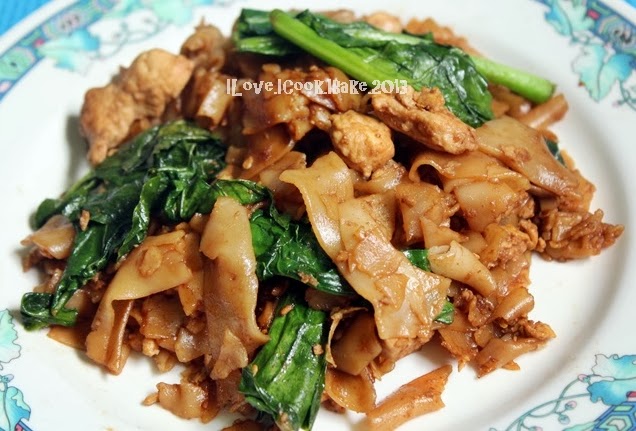 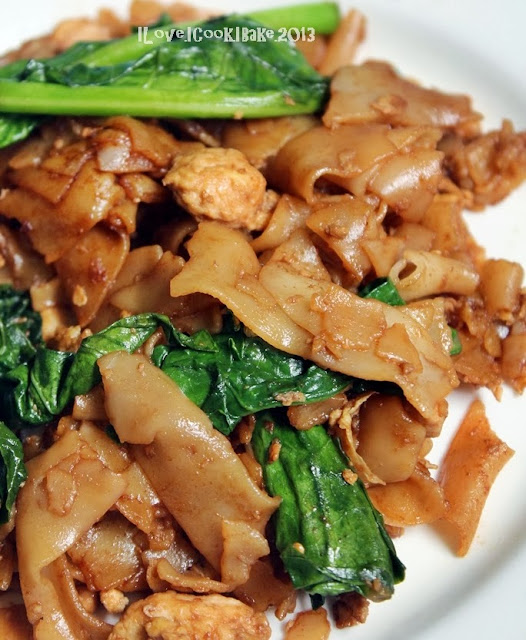 This post is for  Asian Food Fest November 2013: Thailand hosted by Lena from Frozen Wings
Posted by Alice at 10:39 AM