This recipe intrigued me, especially since the source is from King Arthur Flour
I by far have never encountered any recipe from this site which failed me, it always ended up with a big hurray :)

So I gave it a try, not because I have problem with gluten, it's more to my curiosity for the texture and taste.
Easy to make, no kneading, proofing and waiting whatsoever. I used tomato sauce base and sprinkled with grated parmesan cheese. Topped up with sliced cherry tomatoes and Japanese cucumber, and lastly sprinkled with shredded mozzarella cheese. After baking, here it is - warm and crisp :) 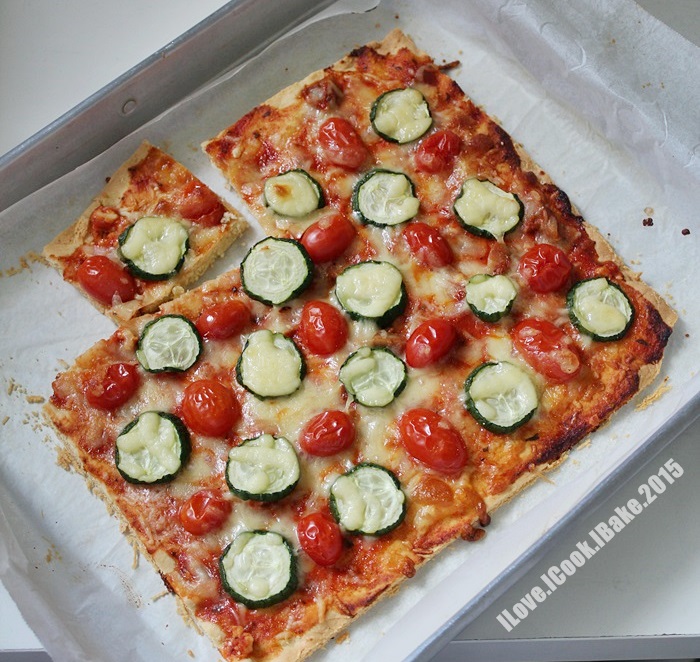 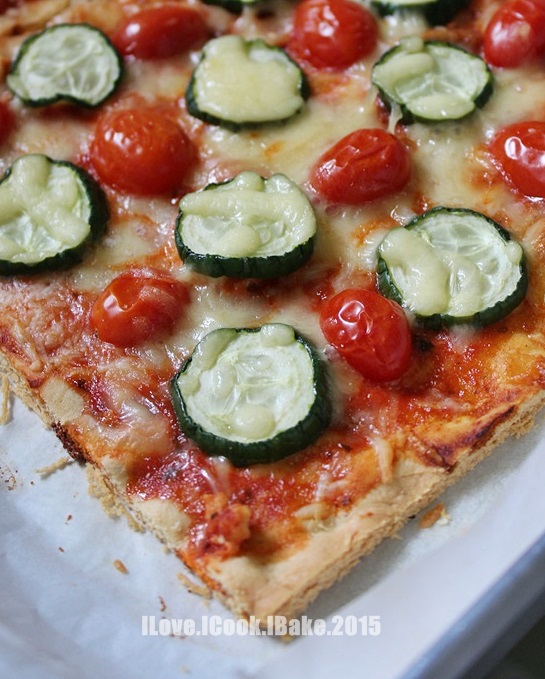 I like the combination of the crispy crust, the crunch from the cucumber, the juiciness from the tomatoes and the sauce, and both cheeses completed the taste. Yummy! Come, have a bite! :) 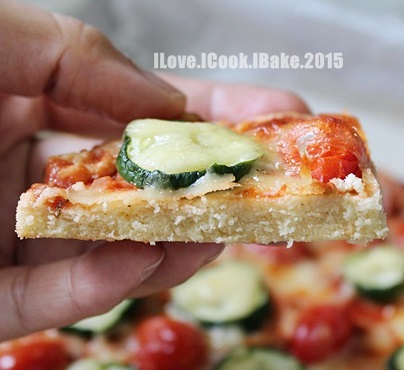 Honest opinion..
Taste wise, this cannot be compared with the usual normal yeasted bread pizza crust, it's just different. It definitely doesn't have the bread like texture, it's rather grainy, but it goes very well with the topping. I did eat a little bit of the crust without any topping, it's nice when warm and crispy
It's crisp when eaten right after baking, but gets soft and crumbly pretty fast, so my advice is, eat immediately after baking! :)

Will I bake this again? I don't think so, mainly because I was the only one in the family eating it, DH and the kids couldn't really accept it
But it's a good experience I will not regret, and one thing for sure, this is a must try for those having problem with gluten. One of the best alternatives, I must say :) 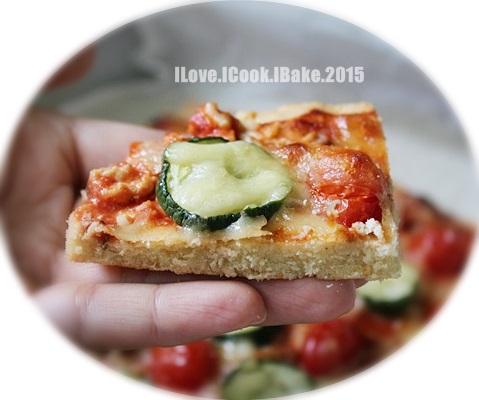 This post is for Best Recipes
'Fun with Almond' April 2015,
host by Fion of XuanHom's Mom Kitchen Diary and
co-host by Doreen of my little favourite DIY
Recipe links HERE 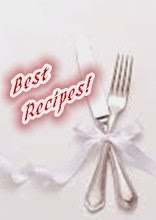