I was playing complicated. I baked 2/3 recipe and I took 1/3 of the dough and added in nutella filling instead. It means in the end I had 1/2 recipe (from the original recipe) only for the cinnamon rolls. Confuse? LOL
DH and the kids are not big fan of cinnamon. I'm the only one in my little family crazy about it. My sis and my dad can help me, though. They love cinnamon too, particularly my sis. As for my dad, he won't say no to any sweet treat. Yes, he and his sweet tooth :)
Those with nutella filling, I wasn't so concerned at all. Everybody in the family loves nutella :)


Cinnamon rolls, fresh from the oven - just inverted. You see I didn't put too much sticky topping at the bottom of the pan, I only used 1/3 of the portion for 2/3 recipe (hope I didn't confuse you with all my fractions here LOL)
I was too concerned about how sweet it would be with too much sticky gooey thing on top of the rolls. In the end, I regretted not putting it a little more. It should be sweet, it should be sticky, it should be gooey on top. Why didn't I put more? Yes I regretted it very much 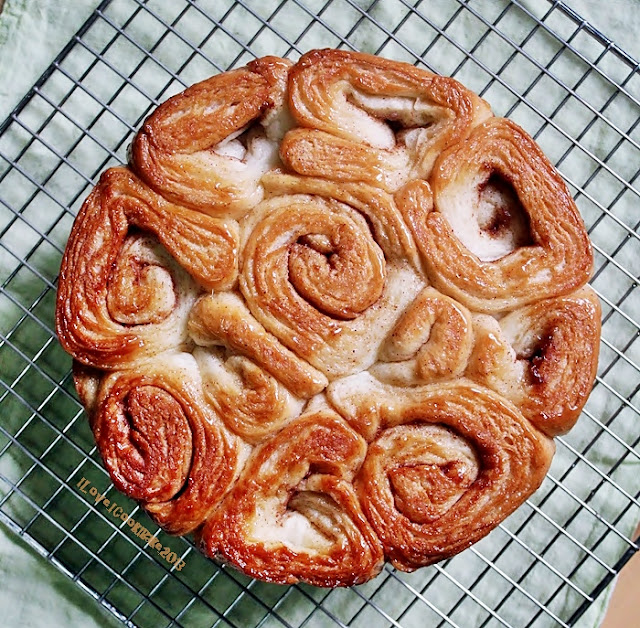 Look at the texture of this bread. It's unbelievably awesome! And super delicious, too! If only it has more sticky gooey top... 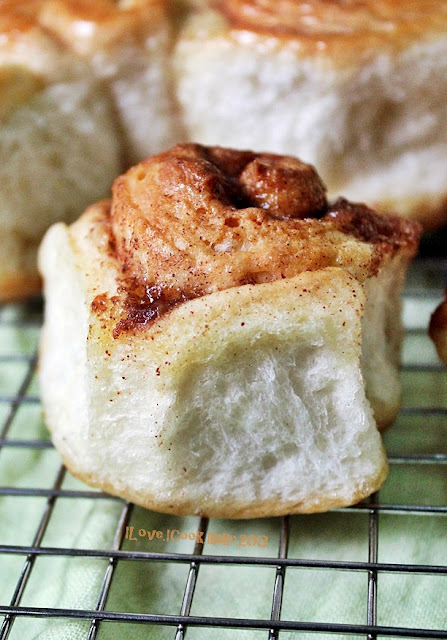 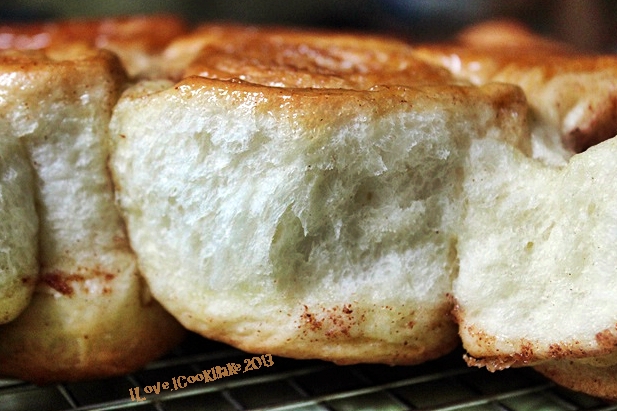 What you need:
(this is the recipe I will follow for 2/3 recipe the next time I bake this again)

I was not prepared for an appropriate pan for 2/3 recipe, I ended up using a little too small round pan. It was too crowded for the little rolls they made their way during proofing and baking and created their own shapes. See, I had the shape of number 7, triangle, heart and the common round shape :) 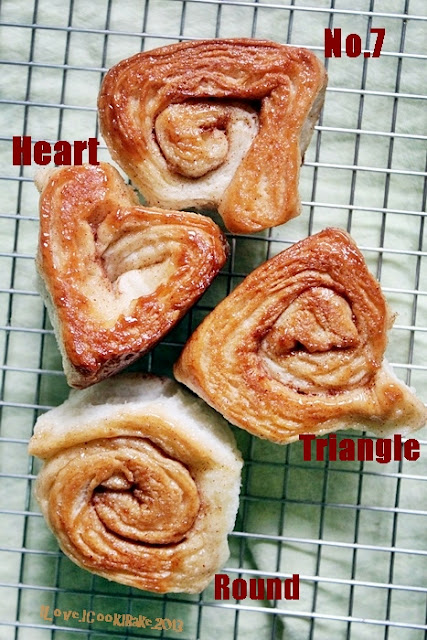 And this is the nutella rolls, also the same, no luck in the shape LOL
For these rolls, I simply flattened the dough and spread nutella over it. Roll and cut and arrange in the pan (I got 8 small rounds). Brush with melted butter and bake til golden brown 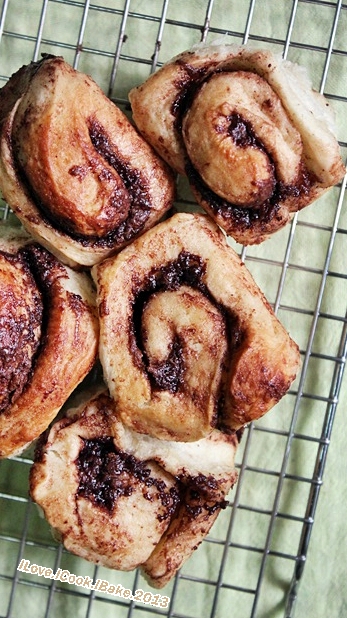 So soft and fluffy! Nutella rolls is irresistible, too! 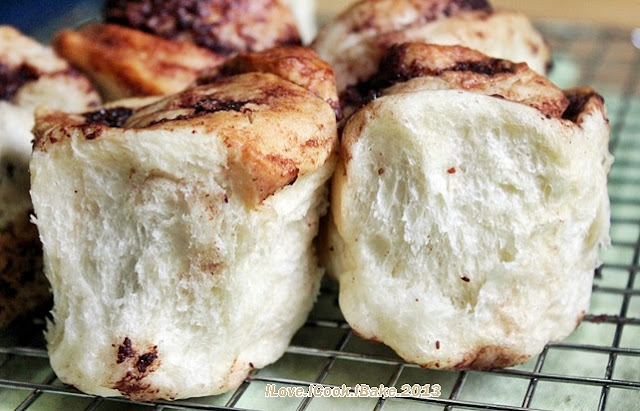 Also this post is for Little Thumbs up (Egg) organised by Doreen from my little favourite DIY and Zoe from Bake for Happy Kids, hosted by Yen from Eat your heart out, at this post 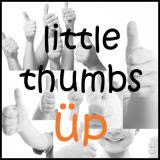 Hi little roll, I promise you, next time I will make you more sticky and gooey on top, okie... 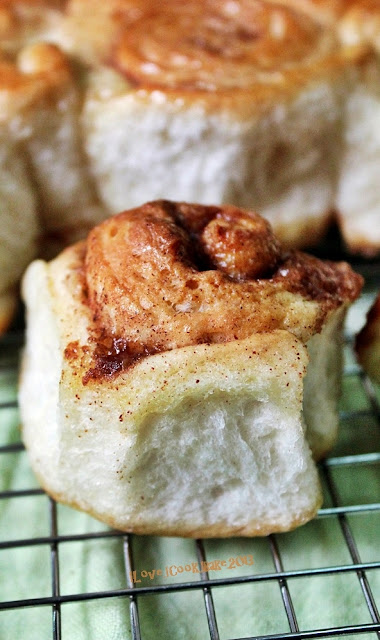