Ian is basically not a cake person, he doesn't really have sweet tooth - unlike his sis. Having said that, there are some sweet treats which he consistently enjoys having. One of them is éclairs
So, for his 9th birthday last week, when I asked him what he wanted me to bake for him, he said no cake. I asked, éclairs? He nodded in full excitement LOL

My family and I love it too, actually, but I do not really bake it often. As far as I remember, this was only my third time and in fact my first time using different recipe. Previously I always used this recipe 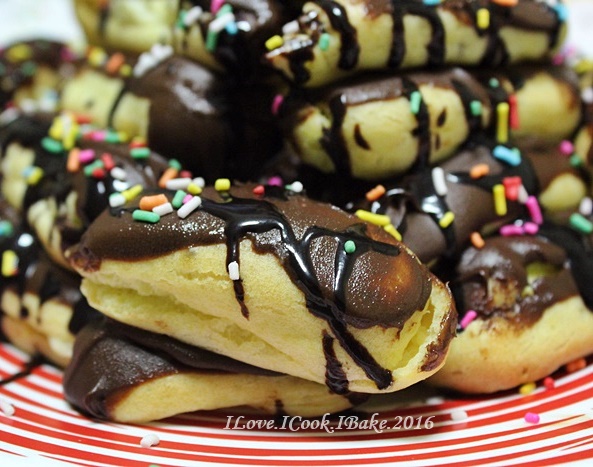 This time I attempted another recipe, from Kenneth of Guai Shu Shu
Ingredients are more or less the same, the only difference is his method is using electric mixer while my usual recipe is not. Result is very similar taste and texture. Love it :)

This recipe is more fool proof as the mixing is done by the machine, which I like
I was forgotten to take pics of the pretty hollow inside of the puff as well as how it looked inside with the filling, hope I remember the next time I bake this again :P

For the filling:
I used the same recipe as I did previously. Click the link I wrote above

For the chocolate coating;
I used the easy way, I melted 200g dark chocolate over double boiler. After melting while it's still hot, add in about 1 heaped tbsp of butter. Stir well

For the special birthday boy, I presented the éclairs a little differently. I stacked them to make it like a pyramid and drizzled with homemade easy chocolate sauce 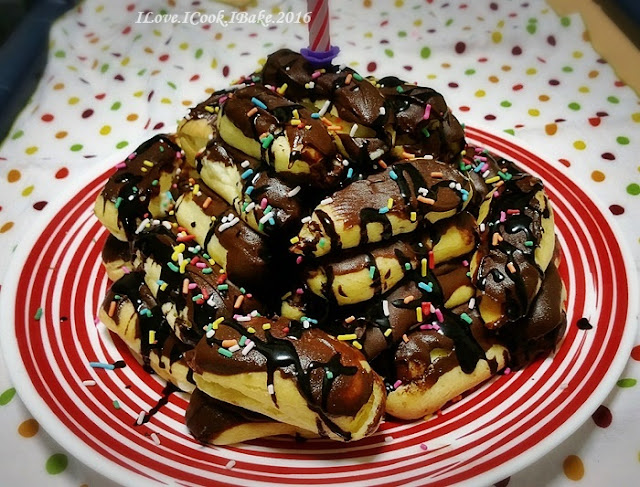 The birthday boy was delighted to see the éclairs pyramid! :) 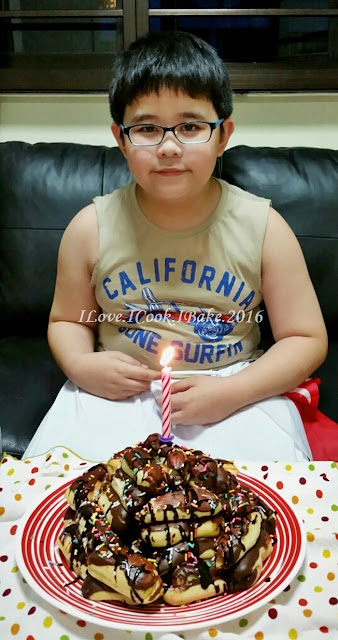 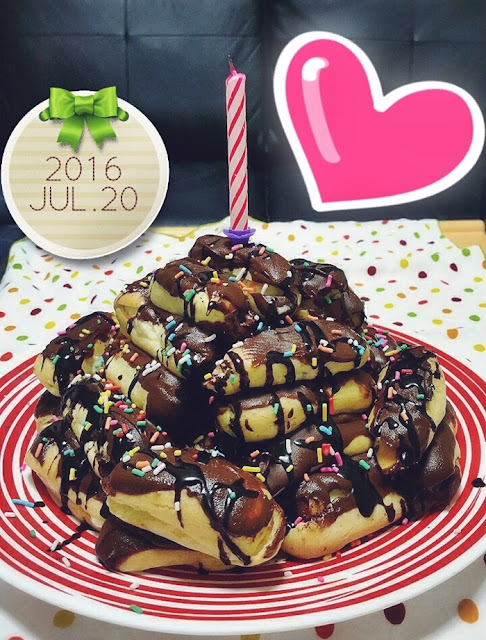