A very yummy cake, especially if you love coconut and pandan
I baked this cake last week for my wedding anniversary on the 29th May
Oh yes, I have been married for 9 years :)
Well, it's just an ordinary pandan butter cake, no decoration, nothing
But I did it on purpose. DH never likes to taste buttercream or any other thing used to decorate a cake. If there is, he will scrape it away
So, no point decorating it LOL

Pandan cake is one of his favourite, hence I decided on this cake
But unfortunately he didn't quite enjoy the cake, apparently he didn't fancy the crunch from the coconut in the cake
Well, in a marriage, we keep learning new things about our partner. Can you imagine, I only realize that he doesn't like cake with coconut only after I'm married to him for 9 years? LOL In fact I was quite surprised cos he always enjoys any snack I make using coconut. Apparently it's a different story when putting it in a cake hehehe...

Ian is a pandan cake lover too, but gave same response as his daddy
After a few bites, he said, I can feel pandan leaves in it
I said, Ian, I never put pandan leaves in the cake
He said, oh, well, I can taste something
I said, it must be the coconut
Then he said, oh I don't like coconut in a cake. He gave the remaining cake to me and walked away >.<

To look at the bright side, I do love this cake, so are my parents :)
So this cake was easily gone the next day :P 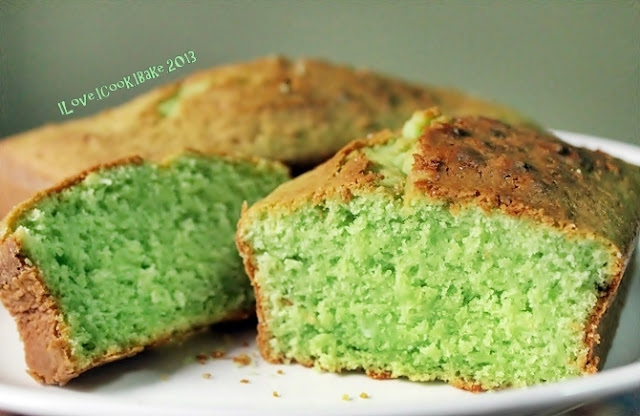 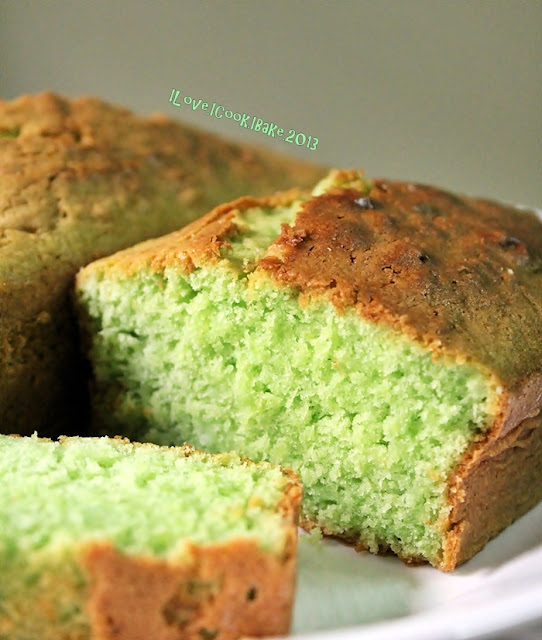